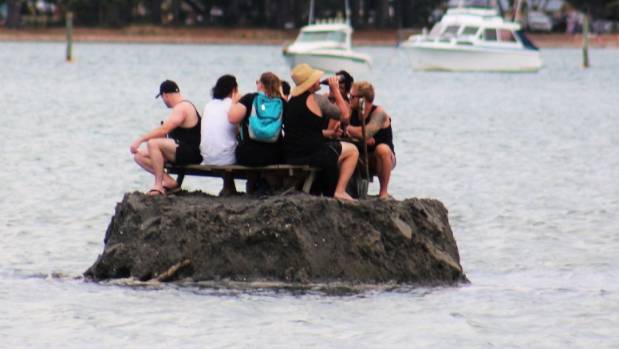 A group (of absolute LEGENDS) on the Coromandel peninsula built a sand island during low tide on New Year’s Eve to avoid a holiday ban on public drinking in the area. They claimed they were in “international waters” and that the ban didn’t apply to them. Police weren’t aware of the group and said they would’ve joined them if they had known!

When authorities say “no drinking on the beach” we build out own island to get around it. Beat that New Year 2018https://t.co/uwYlC14Lvp