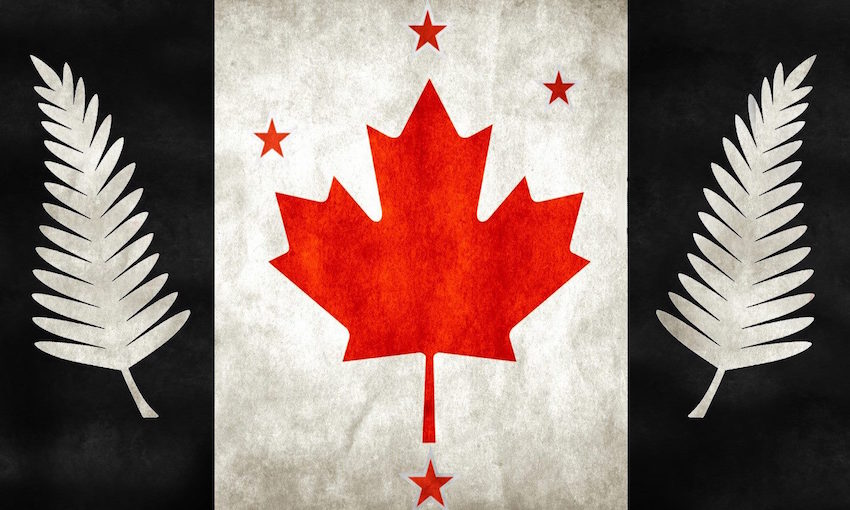 The country’s concept has existed since at least early 2013, in response – according to Redditors – to the founding of “Ameristralia”, a nation purportedly overrun by racist dudebros and very deadly animals.

And don’t worry, we won’t have to have ANOTHER flag debate as it has already been sorted!

The official languages are English, French and te reo Māori, and given its motto is “The Nicest Country in the World.”

There’s even an anthem mashup.

You know what, we’re not mad about this!
Original source