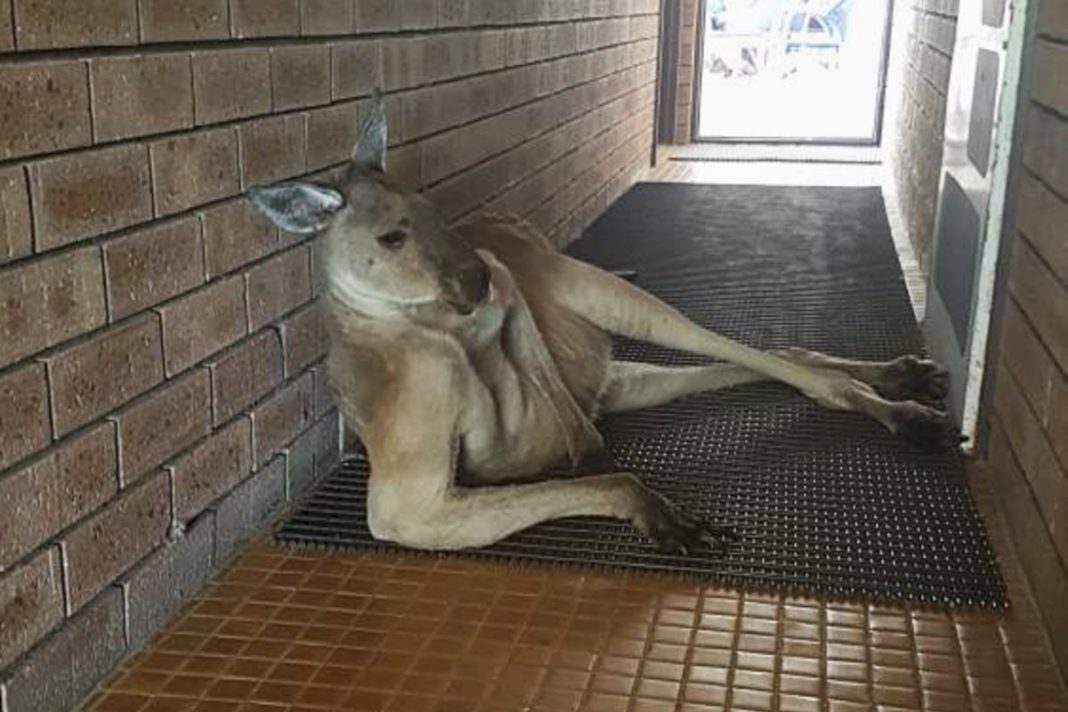 Sexy? And they call us Sheep shaggers!

A surprised tourist was stopped from using a public toilet in a national park near Perth because a kangaroo was striking a pose in the entrance. The internet has certainly had something to say about it!

Quite the quotes in here.
e.g.
“I wouldn’t have been surprised if it had said, ‘Hey girl, what’s up?’

I understand the "come hitcher" pose, but isn't "sexy" in the eye of the beholder?