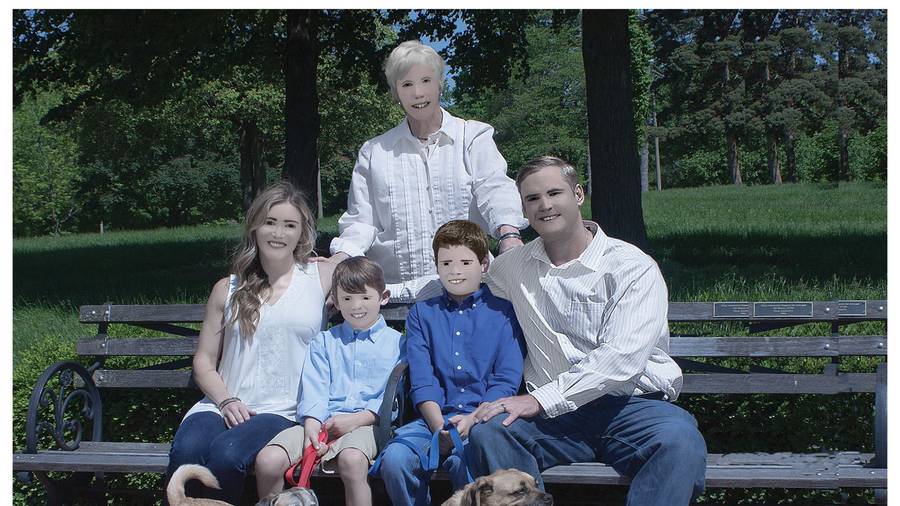 A Missouri family has shared the hilarious results from a “professional” photo shoot that went horribly wrong. The couple, their two sons – Cade, 12, and Connor, eight – and Dave’s mother Sharon drove to Forest Park in St Louis and paid the photographer just under $250. It wasn’t until months later that the photographer reached out to Pam and said she was done editing the photos.

“My kids were so confused. They thought we were playing a joke on them. They just kept saying they looked like Lego people.”

“Please see these FOR REAL photos she delivered to us….She said the shadows were really bad on the beautiful, clear, sunny day and that her professor never taught her to retouch photos. Feel free to share. I literally have not laughed this hard in YEARS!!!!!” The photoset has been shared almost 400,000 times on Facebook.

Pam said she has asked for the original photos, but she doesn’t want a refund. In fact, she hopes the photos can be an icebreaker in the insurance office, where she and her husband both work.

‘This has been worth every dime that we spent,’ Pam said.