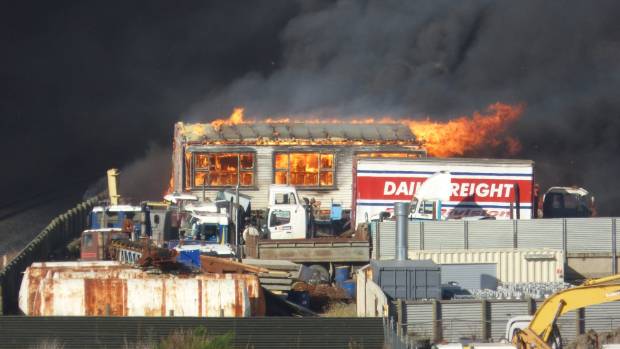 Residents from 100 Dunedin households were forced to flee as fire raged in more than 30-degree heat. Police blocked off streets, including the motorway, State Highway 1, as fire crews and six helicopters with monsoon buckets battled to save properties from the inferno.

While no homes are believed to have been lost, several commercial properties have been damaged, including one where 2000 tonnes of dry logs were decimated.

To see live updates on the fire, head here on Stuff.co.nz.

Thank you to Stuff for providing this news story.