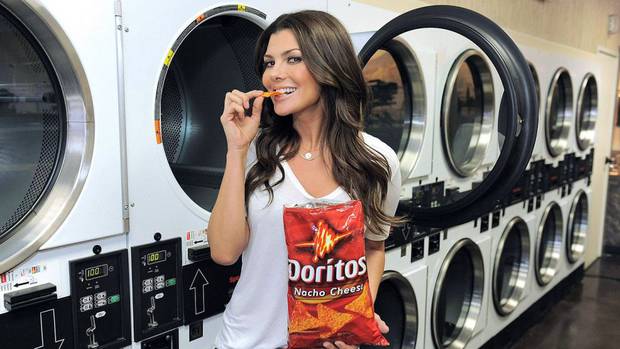 ‘Lady Doritos’ were trending last night after Indra Nooyi, Global Chief Executive of PepsiCo, which owns Doritos, revealed they were creating gender specific snacks because women ‘don’t like to crunch too loudly in public.’ Hm?

The lady versions will be less crunchy and less messy with a packet small enough to fit in a woman’s purse.

Perhaps unsurprisingly, the proposal has been met with much laughter and derision online with people suggesting that Doritos may have missed the point of the recent powerful women’s movements such as Me Too and Rise Up.

Model Chrissy Teigen‏ was quick to point out that ‘the only quiet chips are stale chips.’

The only quiet chips are stale chips. This Tuesday I’m voting #no on #ladychips

I’m with you on this one! I don’t need everyone in the entire house to know how many times I put my hand into the damn chip bag! That’s my business

I’ll eat #LadyDoritos if I only have to pay 70 cents for a bag while my male (and obviously superior) counterparts still have to pay a dollar. #ladychips

I'm so mad about #LadyDoritos that I'm going to write a strongly worded letter using my Bic For Her pens. #ladychips