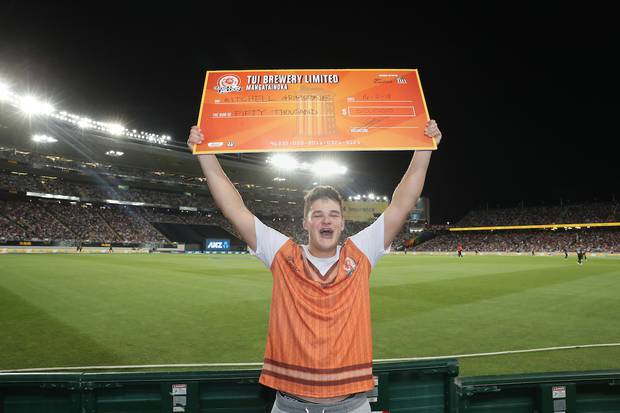 A lucky fan bagged an impressive one-handed catch – and $50,000 – at Eden Park on Friday night as the Black Caps matched their highest ever T20 total in the Tri-series clash against Australia.

Grimstone is the second winner in the Tui Catch a Million promotion, after the first $50k-catch was taken during last month’s third ODI between the Black Caps and Pakistan in Dunedin.

Congrats to Mitch, you’re going to have a lot more friends now!