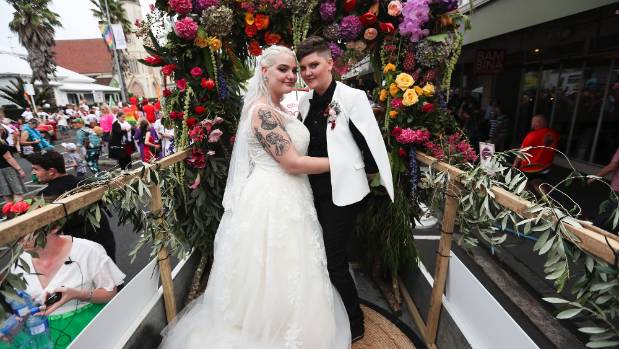 Tears flowed and applause rang out as Victoria Envy, 28, and Sinead O’Connell, 25, tied the knot on their very own float as the parade snaked it’s way down Auckland’s Ponsonby Rd on Saturday evening.

The momentous occasion made even more special when considering it was at the same parade years ago, that the pair first locked eyes.

“We had some ‘meaningful eye contact’ but I realised very quickly that she was there with someone else,” said Envy.

The 28-year-old barber put it out of her mind until months later, when luck would have it, the two matched on the popular dating app Tinder.

And the rest is history.