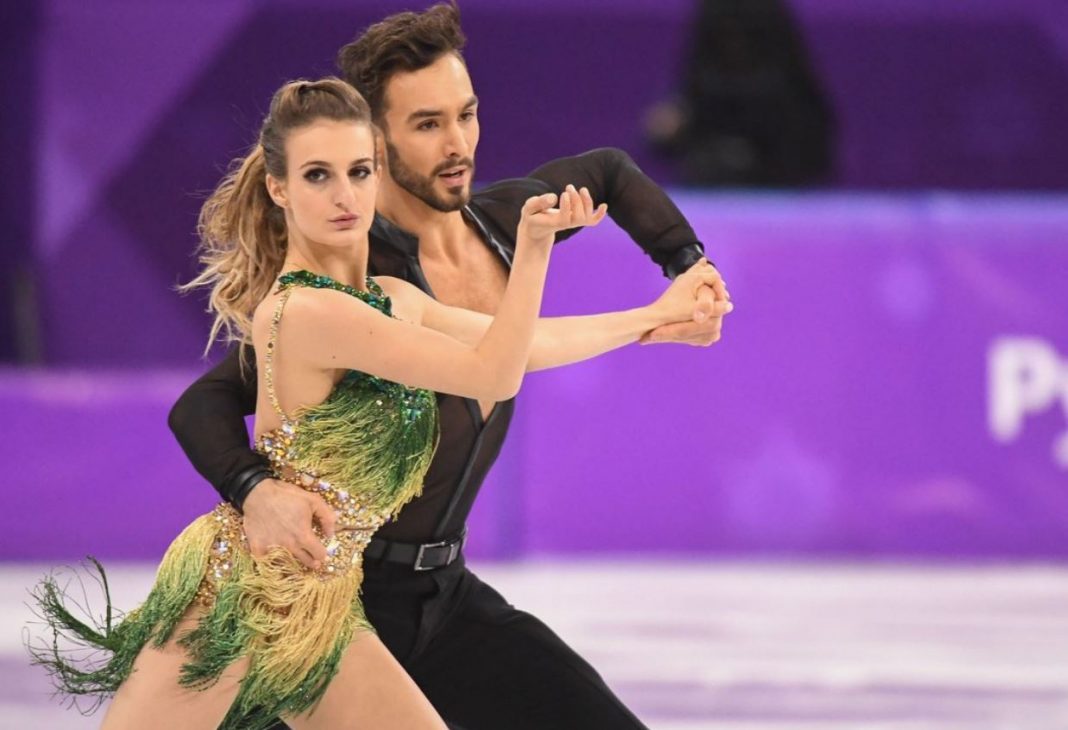 France’s Gabriella Papadakis and Guillaume Cizeron had just started their short dance routine when her dress became undone. The couple ploughed on with their routine regardless. But hey we don’t think they’re complaining… they still won second place!

Gabriella Papadakis experiences a costume malfunction with her dress for the second time this week, according to @KurtBrowning

The clasp at the back of her halter snapped.

Bad luck and a distraction for the experienced French pair. pic.twitter.com/F6quTbadWu

Rule 515: About Papadakis' (& Min's) costume malfunction, the costume failure was not an "adverse condition," so they can't stop program to fix it. Could have fixed it in program, but would've been bad for PCS, or if it took >10sec to fix it, would've been -1.00 – so she left it pic.twitter.com/FeSn2jzctD

Watched back the Papadakis/Cizeron short dance and I DO NOT know how Gabby kept her cool. Total poise and mental power. And still gave a standout performance. #PyeongChang2018