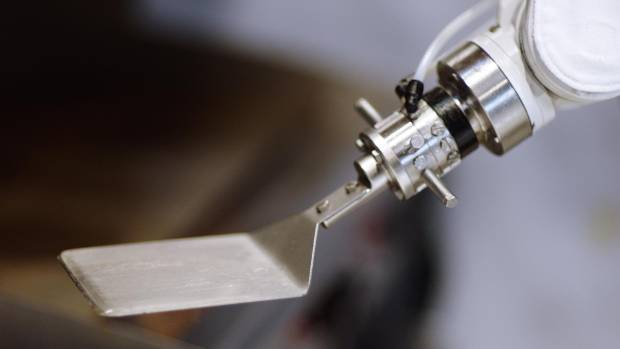 After a single day of working as a cook at a Caliburger location in Pasadena this week, Flippy the burger-flipping robot has stopped flipping. He was supposed to revolutionise fast food, dishing out 150 burgers an hour without a paycheck. Though in some ways, Flippy was a victim of his own success.

Inundated with customers eager to see the machine in action this week, Cali Group, which runs the fast food chain, quickly realised the robot couldn’t keep up with the demand. They decided instead to retrain the restaurant staff to work more efficiently alongside Flippy.

Flippy does raise questions about job loss. As much as 40 per cent of the workforce could see those jobs absorbed by technology by the early 2030s, according to a 2017 report.

Flippy’s developers say it is designed to operate in an existing commercial kitchen layout alongside other workers, to “safely and efficiently fulfill a variety of cooking tasks”. After the six months, Flippy is set to sell for US$60,000 to other fast-food vendors. It is expected to rise in price as it develops more sophisticated features.