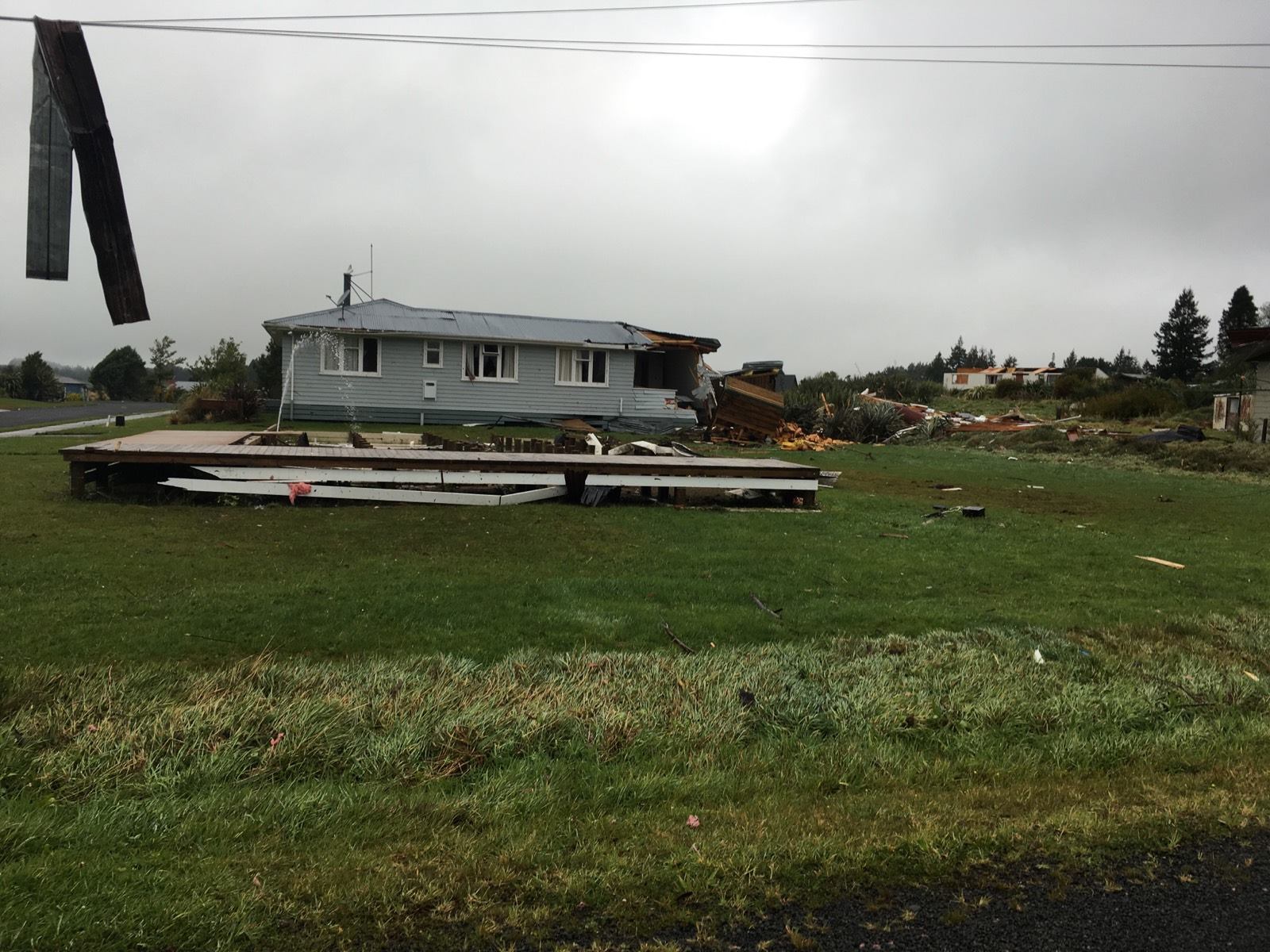 Auckland and other parts of the country are waking to extensive destruction, following a night of cyclone-force winds.

Here’s everything you need to know about the wild weather around New Zealand:

• The strongest gust recorded was 213km/h at Manukau Heads.

• Aucklanders are being told by authorities to stay inside – and stay home from work if they can. Unneccessary travel should be avoided, they say

• Auckland Airport is warning of delays to flights.

• Many ferry services are cancelled.

• Trees down in many parts of Auckland. One fell on a car in Morningside, trapping a person.

• In Northland, Northpower lines’ crews were called to Jordan Valley Rd, about 1km from State Highway 1, just after 4pm yesterday after a tree fell across the road on to power lines. Traffic was diverted through Apotu Rd. Northland Civil Defence was tracking the weather closely but did not expect damage similar to that experienced in the lower North Island.

• In the wider North Island, temperatures are expected to be much lower following the storm.

• The Desert Road is closed to due snow and ice. A detour is in place.

• All ferries in Wellington have been cancelled and replace with shuttles.

• Whangarei, Auckland, Hamilton, and Tauranga will be around 10 to 12 degrees colder than temperatures seen a few weeks ago.

• A big cleanup is needed in Taranaki following strong wind and heavy rain.

• Christchurch is being battered by strong southerlies and hail – with the high hovering just above single digits.

• In Dunedin, MetService meteorologist Ravi Kandula says a southerly will strengthen through much of today, reaching gale force around Otago Peninsula before dying off this evening.

• He predicted frequent showers this morning with snow to 500m lifting, but temperatures were unlikely to exceed 11degC or 12degC until the end of the week.