SKIFM
More
Home News ‘Almost everyone’ in a photo of Southwest’s emergency landing wore their oxygen... 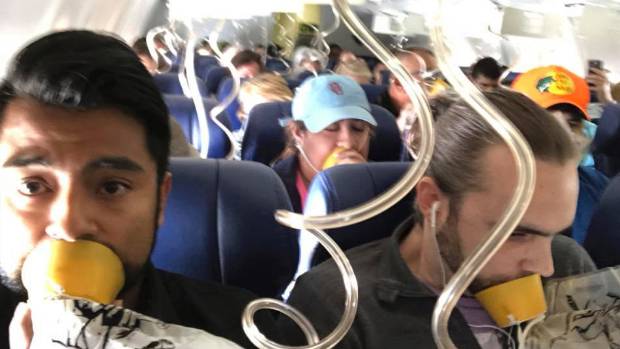 Southwest Airlines Flight 1380 suffered a major engine failure on Tuesday, forcing its pilot to make an emergency landing, shrapnel had reportedly pierced the aeroplane’s fuselage, blew out a window, and caused the cabin of the aeroplane to depressurize.

But when the oxygen masks dropped from the plane roof, passengers got it really wrong.

Bobby Laurie, a former flight attendant and TV show host, shared one of Martinez’s photos on Twitter along with a public service announcement reminding people to cover both their noses and mouths with oxygen masks during an emergency.