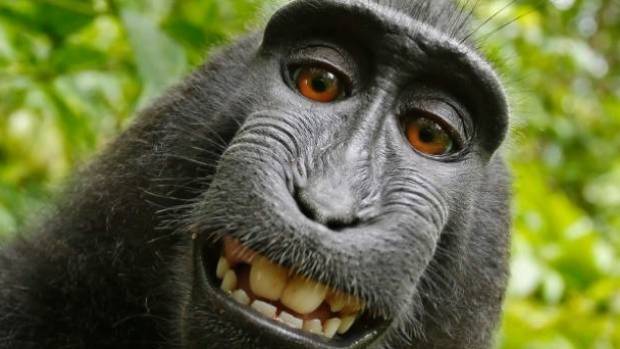 A US appeals court favoured humans over animals in a novel copyright lawsuit filed over a series of entertaining selfies taken by a monkey with a toothy grin.

American copyright law does not allow lawsuits that seek to give animals the rights to photographs or other original work, the 9th US Circuit Court of Appeals ruled.

The unanimous, three-judge panel upheld a lower court ruling that dismissed the lawsuit by the People for the Ethical Treatment of Animals against a photographer whose camera was used by a crested macaque to take the photos in 2011.

PETA’s 2015 suit against wildlife photographer David Slater sought financial control of the photographs – including a now-famous selfie of the monkey grinning – for the benefit of the animal named Naruto.