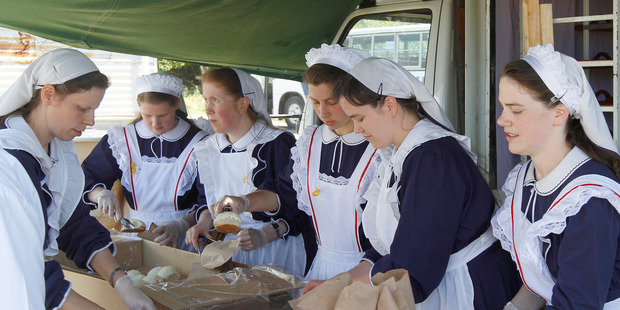 Gloriavale leader Hopeful Christian loves KFC chicken, and has shouted feeds of it for the entire religious sect.

Mr Christian has even tried to replicate the secret ‘seven herbs and spices’ recipe, with the cooks making a Gloriavale version three times a month.

Expelled member John Ready told Newshub that Mr Christian – believed to be 92-years-old – would get himself KFC during weekly trips to Greymouth.

Mr Ready says Mr Christian would shout KFC for all of Gloriavale’s 550 people.

The leader would make the 45 minute drive to Greymouth from the sect’s compound at Haupiri on West Coast.

Mr Ready says Mr Christian shouted the KFC for no particular reason, just because it was “the boss’ idea”.