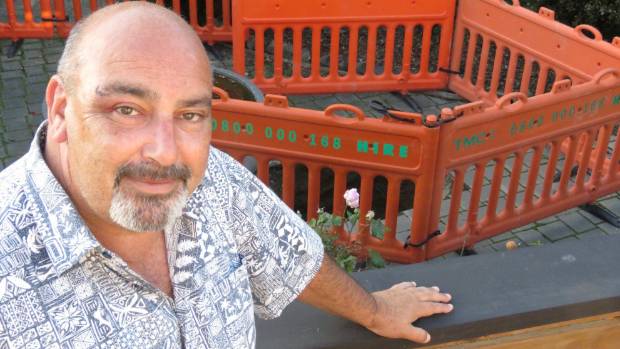 Thomson had gone to feed his goldfish when the ground collapsed beneath him.

“I just went straight through.”

When he picked himself up, he found the entry hole was over his head and sides of the hole were collapsing. “It was the worst experience of my life. I would wish it on no-one. It was horrific.”

Living alone, with no near neighbours and roadworks happening nearby, he worried no-one would hear his frantic yelling. “Fortunately someone up the road, an angel, heard me yelling. I never met him before. He just strolled onto my section and nearly fell into the hole himself.”

His injuries include numerous cuts, a cracked tooth, a gash to the head, and a badly sprained ankle – which was now in a moon boot after a visit to Dunedin Hospital on Wednesday morning.

The injuries did not prevent him dropping off some beers for his Fulton Hogan rescuers.

For more on this story check out Stuff.co.nz.