SKIFM
More
Home News Father of boy rescued by ‘Spiderman’ in Paris was out playing Pokemon... 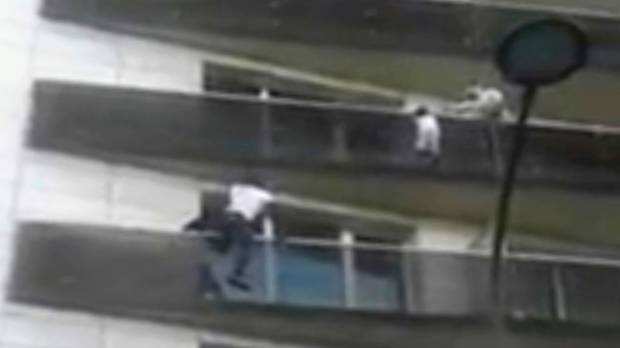 The father of a 4-year-old boy who was rescued by an immigrant from dangling from a fifth-floor balcony in Paris had left the apartment and was playing Pokemon Go, the city’s chief prosecutor says.

The father has been charged with “failure to meet parental obligations” after the boy was seen in videos dangling from the building before being rescued by Mamoudou Gassama, who climbed from balcony to balcony in an amazing demonstration of strength and agility.

“The father left the apartment (to go) shopping and then decided to play Pokemon Go in the street which took a little time before he returned home,” Molins said, adding that a window had been left open, which allowed the boy access to the balcony.

The father, who has not been named, has been told to appear in court in September and could face two years in jail.

Gassama has been dubbed “Spider-Man.”

Videos of the 22-year-old Gassama’s climb have goen viral and French President Emmanuel Macron said he would put the Mali immigrant on a fast track to citizenship. He also is being given a job as a firefighter.