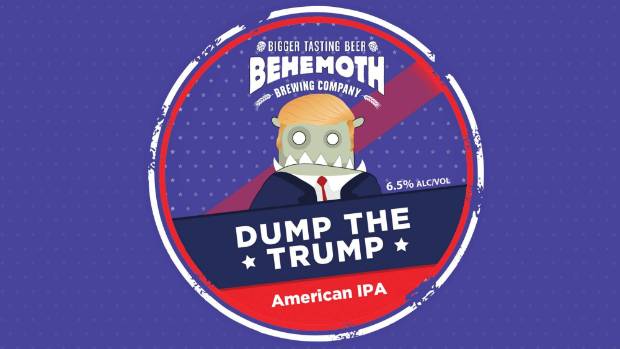 Auckland-based Behemoth Brewing Company found itself on Trump supporters’ bad sides after re-releasing one of its IPAs with the label ‘Dump the Trump’. The beer’s packaging includes a monstrous-looking caricature of the US president.

The company posted an ad on its Facebook page to herald the return of the beer, and the brewers soon found themselves inundated with negative reviews.

Since the ad went live on Sunday, the negative reviews piled up and caused the brewery’s five-star rating on Facebook drop to  a three-star average.

After an outpouring of support from fans of the brewery, the Facebook page rating crept back up to four stars by Wednesday evening.

Hundreds of Kiwis left supportive messages and reviews on the company’s Facebook page to counter the negative ones.

If you like this beer and this company, make sure you go show your support. Say seeya to the Trump supporters!