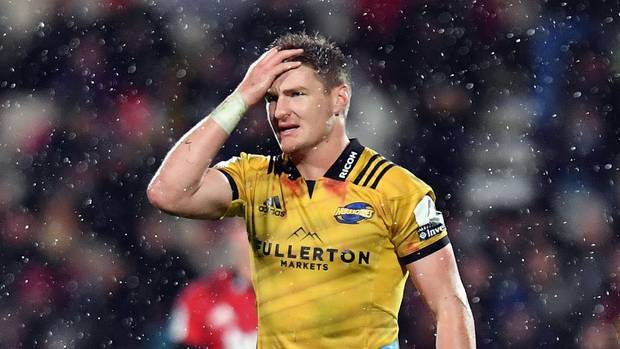 Police were called after All Blacks star Jordie Barrett ended up in a stranger’s house in the early hours yesterday after a night out. Woops.

Police and Otago University security were called to a property on Howe St when Barrett and friend Sam Casey were disturbed by the two women, who demanded they leave.

It is understood the utility back had been at a post-match function after his Hurricanes team lost a Super Rugby game against the Highlanders, 30-14.

On the way home he and Casey decided to visit friends in the Castle St area of the city.

But the pair unwittingly entered the wrong house. Casey, 22, said it was a case of “a couple of muppets making a stupid error after a few beers”.

The pair had stopped for McDonald’s and were eating in the living room when two women came out of their bedrooms, Casey said.

“We never intended to do anything wrong. The door was unlocked and we thought it was our mate’s place, which it turns out is over the road.”

Casey said they apologised and left as soon as they were challenged by the tenants.

“They were pretty upset and rightly so.”

For more on this story, check out NZ Herald.