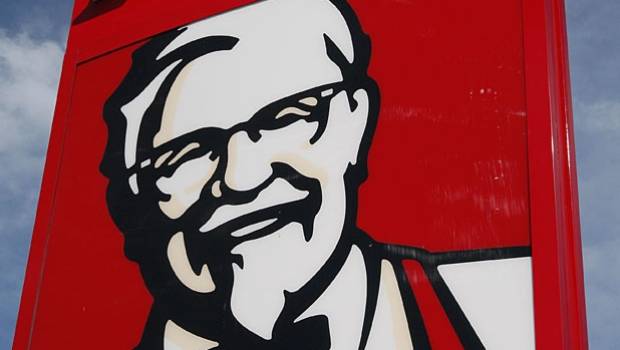 The colonel, most likely, would lose his mind over the recent news that KFC in Britain is experimenting with a vegetarian version of the founder’s famous fried chicken.

As part of a countrywide campaign to slim down, KFC UK is heeding the new guidelines issued by Public Health England, which recommends that British adults consume only 400 calories at breakfast and 600 apiece at lunch and dinner.

The menu revamp will apparently include a veggie interpretation of Colonel Harland Sanders’ chicken. The faux-meat bird is expected to roll out later this year.

“We know any new menu and recipe changes will have to be just as tasty as today,” Robertson said. “It’s a tricky challenge, because our fans absolutely love our Original Recipe chicken, and we won’t be changing the Colonel’s secret recipe of 11 herbs and spices.”

There’s no word on whether the KFC faux fried chicken, once its recipe is perfected and rolled out in Britain, will jump the pond to the US or other countries. KFC USA did not immediately return a call for comment.