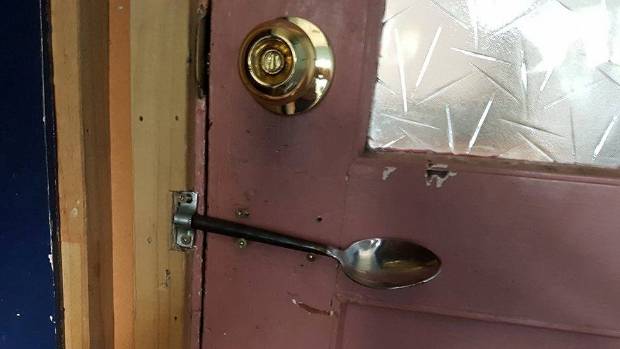 Tenants of a “horrible” Dunedin student flat have won a confidential payout after an inspection report found toxic black mould posed a serious risk to their health.

“I was the sickest I have ever been in that flat,” said one of the flatmates, speaking on the condition of anonymity. One of the tenants became so sick she developed asthma and a doctor – her flatmate’s father – believed mould was the problem.

The property manager got a builder to look at the problems “but nothing actually got fixed”, so the tenants decided to enlist their own building inspector.

His report filed in November concluded the leak affecting the bedrooms could have been present for up to two years, and the home was not water tight. The inspector noted there was a “significant/serious risk” toxic black mould stachybotrys could be present in the wall.

A flatmate said the inaction from the property manager and owner, coupled with their concerns that the issues may never be addressed, prompted them to go to the Tenancy Tribunal.

Both parties went through mediation, with the flatmates’ lawyer filing a submission seeking more than $100,000 against Paul Reuben, of Student Accommodation Ltd, and Blackdog Properties.

“The mould is sufficiently toxic to require those entering the property to wear personal protective equipment, such as specialist gloves, footwear, eye protection, full body skin protective suits, and respirators, and for any soft furnishings and other contaminated items to be disposed of as contaminated waste to prevent others from being exposed to the toxins,” the tenants’ lawyer noted.

Despite the limited number of tests, there were “alarmingly high spore counts”.

Both parties have agreed to settle for an undisclosed sum.