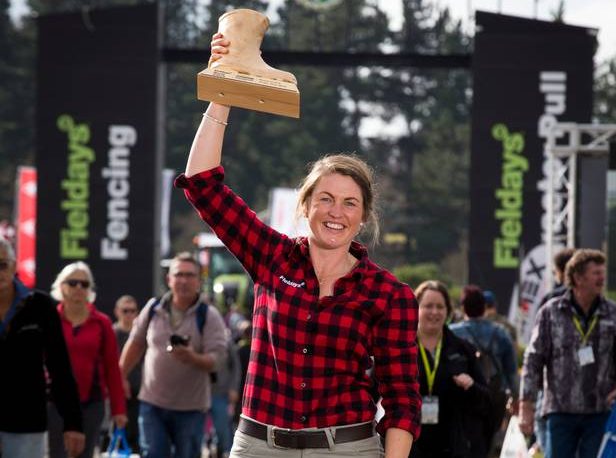 A woman has been crowned New Zealand’s most eligible farmer for the first time.

Taihape’s Mairi Whittle took home the coveted prize of the golden gumboot in the Fieldays Rural Catch competition, the event replacing the Rural Bachelor of the Year competition.

Whittle said the competition was full on but enjoyable.

The group had to complete 11 challenges, which included tests of their tractor skills, fitness and inseminating a cow.