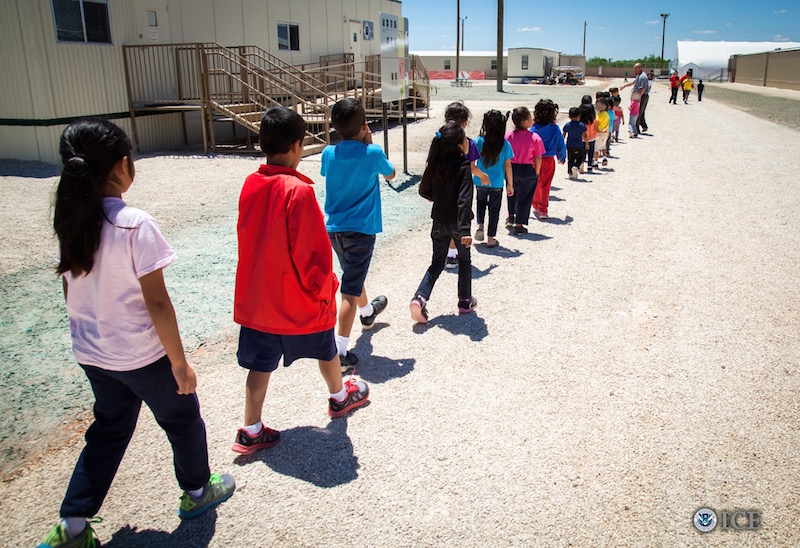 US President Donald Trump says he will sign an executive order to end the process of separating children from families after they are detained crossing the border.

“We want to keep families together. It’s very important,” Mr Trump told reporters during a White House meeting with members of Congress. “I’ll be signing something in a little while that’s going to do that.”

Homeland Security Secretary Kirstjen Nielsen, the President and other officials have repeatedly said the only way to end the practice is for Congress to pass new legislation, though both Democrats and some Republicans have said the President could reverse it with a simple phone call.

The news in recent days has been dominated by searing images of children held in cages at border facilities, as well as audio recordings of young children crying for their parents , images that have sparked fury, question of morality and concern from moderate Republicans about how it will impact their races in November’s midterm elections.

Mr Trump pointed to those images in his meeting, saying they’d “affect everybody” but that he was torn. “We want the heart,” he said, “but we also want strong borders and we want no crime.”

Mr Trump said without securing the border, the US would end up with rising crime like Germany. Crime in Germany actually fell 9.6 percent in 2017. Crimes by non-German citizens was down 22 percent, CBS News reported.

Thank you to Newshub for this story, to check out the full details head on over to Newshub.co.nz.