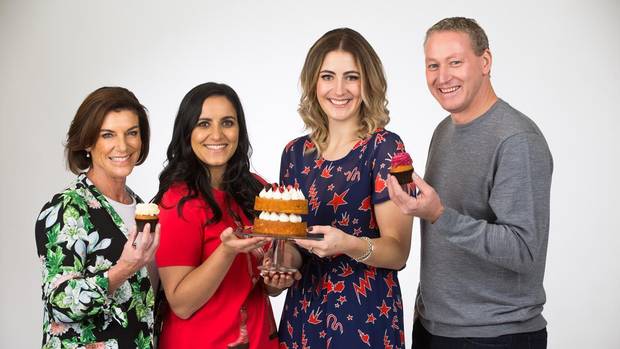 Sami was last seen on the big screen, starring in The Breaker Upperers, which she wrote and directed alongside Jackie van Beek. But the Funny Girls star says she jumped at the chance to host the baking series.

“It’s one of my favourite TV shows and when the opportunity came up to work on the Kiwi version I literally squealed with excitement,” said Sami.

New Zealand’s version of the popular Great British Bake Off is heading to our screens later this year and the newly announced hosts and judges are ready to see what Kiwis have to offer.

Based on the same Love Production format as the popular UK version, the show will see the Kiwi contestants take on a different baking skill each week until there’s only one left standing.