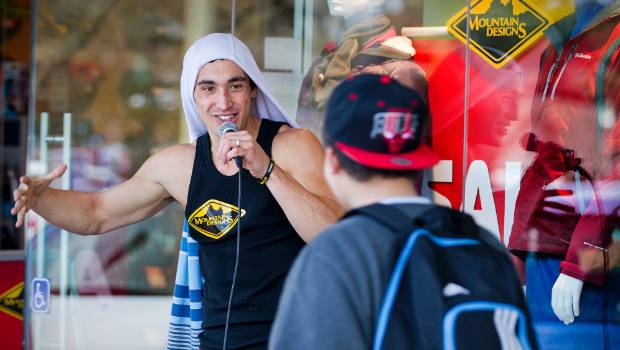 A man who tried to rob a Palmerston North petrol station, but had his loot snatched back by the attendant, can now be revealed as an entertainer who came close to winning New Zealand’s Got Talent.

Joshua Samuel Edwards, 26, pleaded guilty in the Palmerston North District Court in June to the aggravated robbery of Mobil Pioneer Highway. His order of name suppression expired at 5pm on Friday.

Edwards was 16 when, known as Joshy, he made it to the finals of New Zealand’s Got Talent in 2008 with his inventive beat-boxing skits.

He got into rapping soon after, and became a regular busker on Palmerston North streets, often seen on a corner of The Square freestyling to pre-recorded beats.