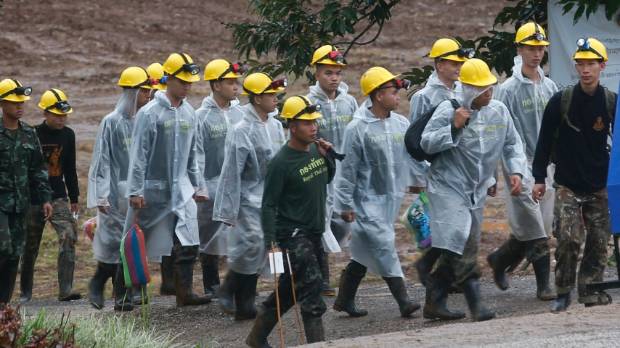 The 12 boys, aged between 11 and 16, and their 25-year-old coach Ekaphol “Ake” Chantawong from the Wild Boars football team were reported missing on June 23. They had gone in to explore the complex Tham Luang cave in northern Thailand, on the border of Myanmar, after football practice.

But finally after over two weeks The whole team was confirmed free by the Thai Navy Seals.

The third and final rescue effort started on Tuesday afternoon (NZT). A ninth boy was brought out of the cave about 4pm local time on Tuesday. The 10th made it out shortly afterwards. The 11th boy left the cave a little later and the 12th boy and the coach were freed from the cave just before 7pm, local time (12am NZ time).

Families have been able to visit some of the eight rescued boys, but only seeing them through a hospital window. Some of them are suffering from infections and all remain quarantined.