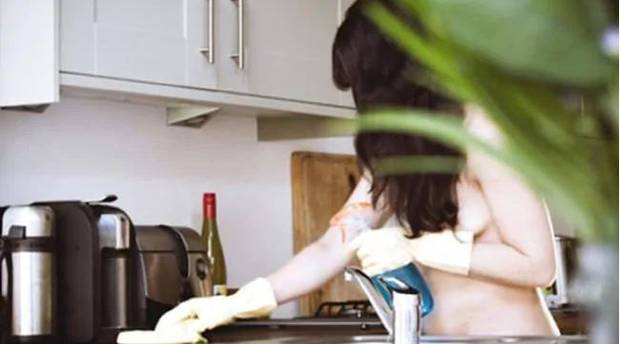 She described the business, which employs a range of male and female cleaners to carry out household duties for customers either in the nude or while wearing very little, as “absolutely disgraceful”.

“Hello, they are not cleaning,” Crichlow said after it was revealed clients were charged $90 per hour for a bikini-clad cleaner or A$149 ($162.53) for total nudity.

But founder Brett Jones, who launched the business around three months ago in Queensland, hit back at Crichlow’s claims, telling news.com.au the comments were “completely out of line”.

“She has no idea what the business is about — it’s not a sex service,” he said.

“Councillor Crichlow has made all these comments without actually understanding what the business is and in some ways it has been defamatory and has cast aspersions on what we do — but we’re not a sex service; I can’t stress that enough.”

Jones said there was a strict no-touching rule and that male and female staff simply carried out common household duties such as vacuuming, dusting and washing windows in a “cheeky and fun environment”.

“It’s designed so chores aren’t boring and it gives us a point of difference in the very crowded cleaning environment,” he said.

And that point of difference is paying off — this week, the business has expanded into the Sydney and Melbourne markets, and Jones said it would also be rolled out into Perth and Adelaide within the next three months, with staff numbers expected to surge from 50 to 150.

Jones said Crichlow’s comments had been “very hurtful” to staff members and insisted the operation was entirely legal.