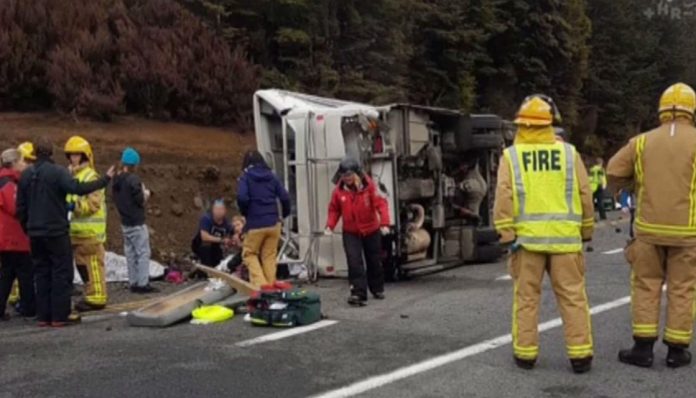 Police have appealed for anyone who saw or who was aboard a fatal bus crash on Mt Ruapehu to come forward. The New Zealand Transport Agency (NZTA) has also issued an urgent audit into the fleet of vehicles owned by a Ruapehu bus company.

The 1994 Mitsubishi Fuso bus crashed on its way down from the Turoa skifield on Saturday, killing 11-year-old Hannah Teresa Francis of Auckland and injuring 20 others.

Passengers said it appeared the brakes failed suddenly as it was travelling from Tūroa skifield heading back down to Ōhakune.

“The more information we have to support our investigations, the better, so please don’t hesitate to contact us,” a police statement said on Wednesday.

“Even if you think your information may not be useful, it could be valuable to us.”

Police said they would make no further comment while the Commercial Vehicle Safety Team, Criminal Investigation Branch and Serious Crash Unit investigations into the crash were under way.

The bus that crashed on Mt Ruapehu on Saturday was 24 years old, had done more than a quarter of a million kilometres and had failed nine inspections in the space of a decade.

Hannah’s parents, Michelle Bruton and Matt Francis, released a statement on Monday, which said they were still trying to come to terms with the devastating loss of their beautiful daughter.

“She was the light of our lives and will be missed by all that knew her.”

Taumarunui Police urged anyone with information on the crash to call them on (07) 895 8119. 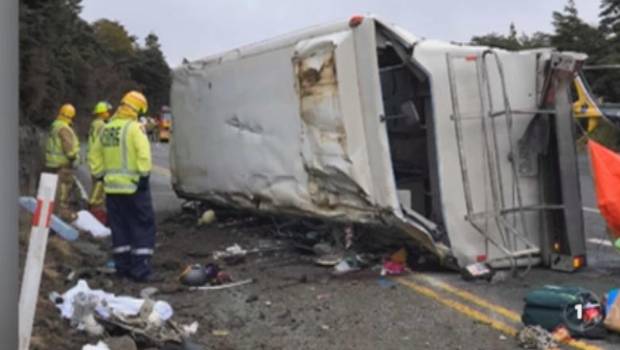 Ohakune is a town on edge following the bus crash which cost the life of 11-year-old Aucklander Hannah Francis at the weekend, and injured 18 others. Police say anyone who was aboard or saw a fatal bus crash on Mt Ruapehu to come forward.

NZTA has issued an urgent audit of passenger vehicles of all RAL fleet vehicles.

Independent of the police investigation into the crash, NZTA is investigating RAL’s transport operations.

RAL Chief Executive Ross Copland is hoping passengers involved in the accident will contact them.

“Our priority this week has been connecting with everyone on that bus, however privacy restrictions have made this a challenge,” he said.

“We would like to ensure that passengers are on the road to recovery, well supported and also keep them updated with the investigation that’s underway.”