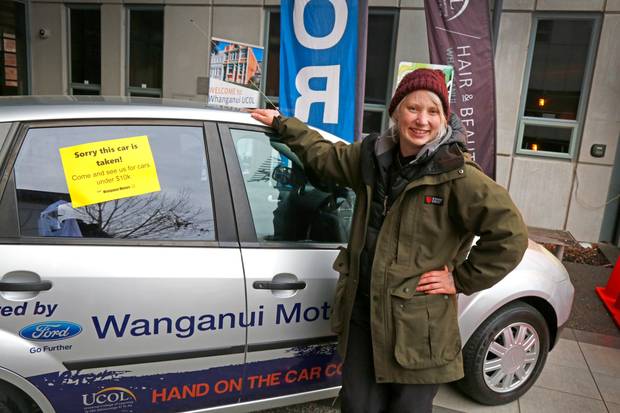 38 and a half hours was how long it took for Eva Harkness to win herself a car.

Seventeen Ucol students began the competition at 7pm on Friday, with contestants placing a hand on a car outside the Whanganui campus.

“I’ve always been about challenging myself like that,” Harkness said.

It was this characteristic and the fact she has “a Toyota Corolla that’s definitely not going to pass its next warrant” that led Harkness to enter.

She read online about hand on car competitions and contacted the winner of the last New Zealand one for tips.

“I’m a firm believer in if you fail to prepare you prepare to fail,” Harkness said.

The last to take their hand away won a 2005 Ford Fiesta.