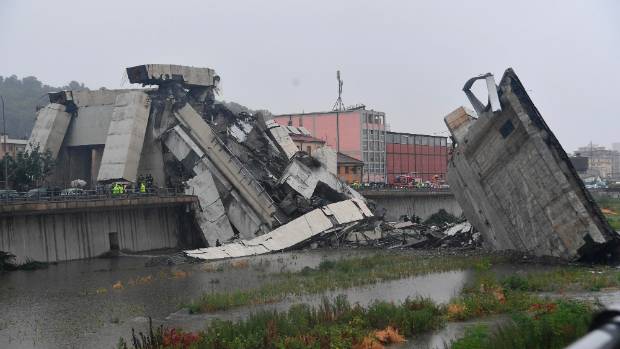 As many as 30 people are feared dead after a major highway bridge along the northern Italian coast collapsed during a torrential rainstorm, sending concrete and vehicles plunging more than 45 metres.

Italian prime minister Giuseppe Conte said the confirmed death toll was 22 with 16 injured but some expected the number of dead to climb, while Italy’s Interior Minister Matteo Salvini told reporters “unfortunately there are around 30 dead and many injured in a serious condition.” 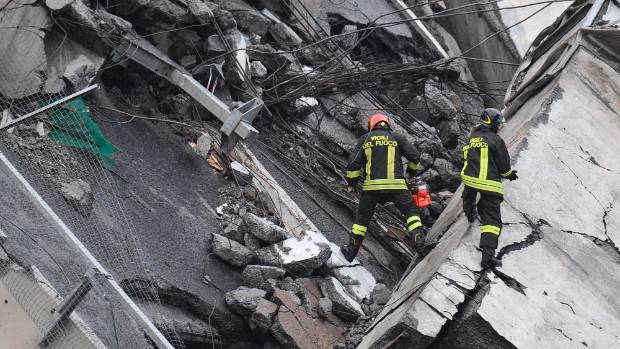 One eyewitness, who gave his name as Andrea Rescigno and said he was in his car at the time of the bridge collapse, said in a phone interview with Genoa TV station Primocanale that he saw “cars and trucks plunging into the void.”

“I saw death,” Rescigno said. “My wife screamed at me to stop. If not for that we’d be dead now.”