Taupō’s most recent landscape feature has been estimated to take weeks to fill.

The sinkhole on Arrowsmith avenue has been assessed by engineers and does not pose further risk to the properties surrounding it, however the damage it has already done is substantial.

The alarm was raised about 5.30pm last Saturday by Jono Park and Bailey Malloy, both 13, as they were riding their bikes down Arrowsmith Avenue and noticed a water leak on the piece of road and that part of the road was slipping away. They quickly notified the neighbours to make sure they were safe.

This occurred between Chesham Avenue and Weka Road. 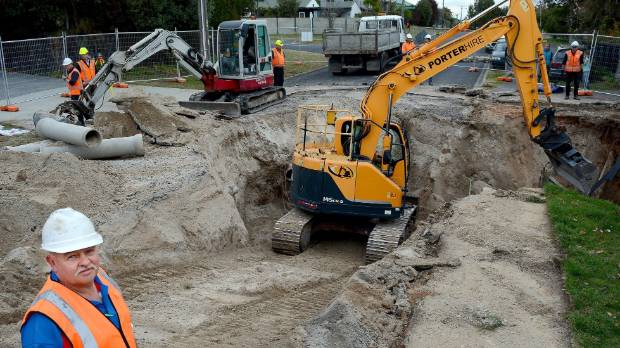