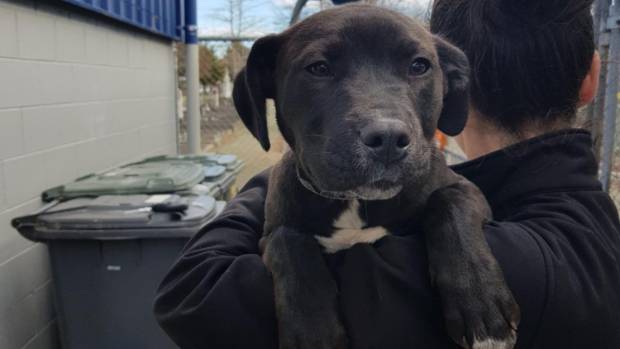 Three thieves have stolen back a puppy from the Palmerston North SPCA in broad daylight.

The centre’s manager Katie Pedersen said two women and a man threw Iris, a 4-month-old staffy, over a six-foot fence about 12.45pm on Thursday.

It is understood the puppy belonged to one of the women before it was impounded by the Palmerston North City Council’s animal control team.

Iris was with the centre for two weeks, but was still vulnerable.

“Her bones will still be very brittle and could break very easily, especially falling from that height.

“I just hope she didn’t get injured when she was thrown. She’s very bubbly, full of beans.”

After a post was published on Facebook, Iris has quickly been found and returned to the SPCA.