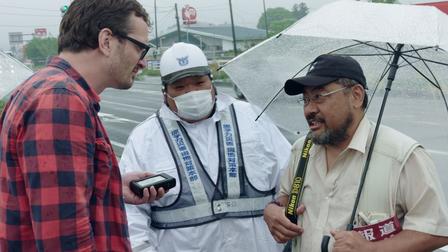 Kiwi journalist David Farrier appears to have caught the attention of Japanese authorities over his video tour of Fukushima.

His Netflix series ‘Dark Tourist’ shows him touring through many different “Dark Tourism” destinations, including areas in Japan affected by the March 2011, 9.0-magnitude earthquake and tsunami which caused a catastrophic meltdowns in three reactors of Fukushima Dai-ichi power plant.

According to the Japan Times, the Fukushima Prefectural Government and the Reconstruction Agency are considering taking action over the video, concerned the video could fuel fears about the area.

“We’re examining the video content,” a senior official from the prefecture told the Japan Times.

Farrier had previously told Stuff going to Fukushima was stressful when they realised radiation levels were far above what’s considered safe.