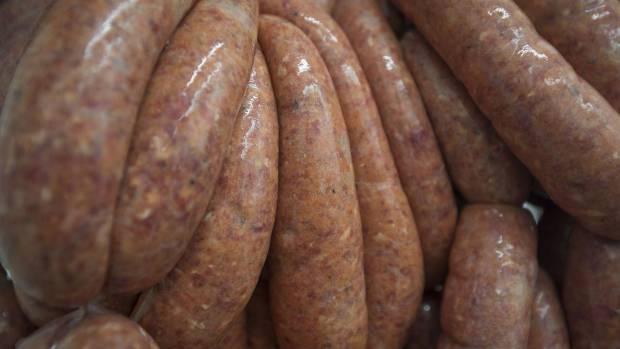 If you are buying “Pure Beef sausages” what is the one ingredient you would expect to find on the list… Beef right? Apparently not.

Ted Scott said the sausages he purchased from Mad Butcher in Glen Eden tasted “awful” and when he looked to see what was in them, no meat was listed.

“I thought ‘this is ridiculous, you’re buying a product and there’s no mention of the product that it’s supposed to be’.”

But Mad Butcher chief executive Michael Morton said the sausages did contain beef and it was not a labelling mistake.

“The ingredients [list] is everything other than the beef in the sausages,” he said.

Morton said the listed ingredients would be a blend of items that would have been mixed with the minced beef to create the sausages.

“They should do what other people do when they manufacture a sausage and actually put the percentage of beef in the ingredients,” Scott said.

“Why put the ingredients there if you’re going to leave out the main one?”