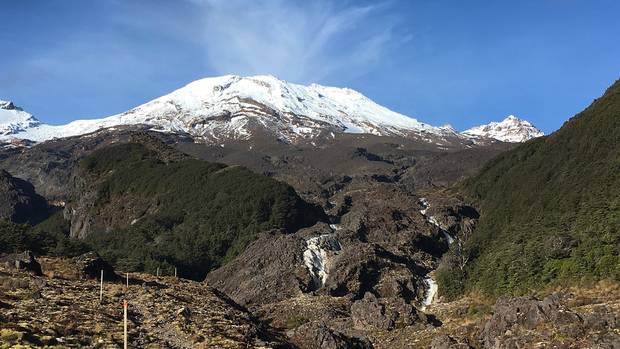 The Tongariro Alpine Crossing trail has been closed until Saturday after the death of a tramper.

The Department of Conservation tonight announced a rāhui had been placed on the track which would be in place until sunrise on Saturday.

The body of a 53-year-old man was found on Mount Tongariro this morning.

A police communications spokesman said emergency services were alerted at 5.30pm on Monday of a missing 53 year old man.

Police say four men set out at 8am yesterday to hike over the Tongariro Alpine Crossing from Ketetahi to Mangatepopo. The group stayed together until the bush edge below Ketetahi Hut, where three of the men continued without the missing man, police say.

Police and Land Search and Rescue members from the central North Island continued the search on Mount Tongariro Tuesday morning. A helicopter was also called to help with the search.

A rāhui sets a temporary prohibition around the area where someone has died and limits access for that period.

The Department of Conservation explained it acknowledged the death and was a way to express sympathy to the whānau of the deceased; it ensured that safety mechanisms were in place; and provided time for tapu (sacredness) to dissipate following the death.