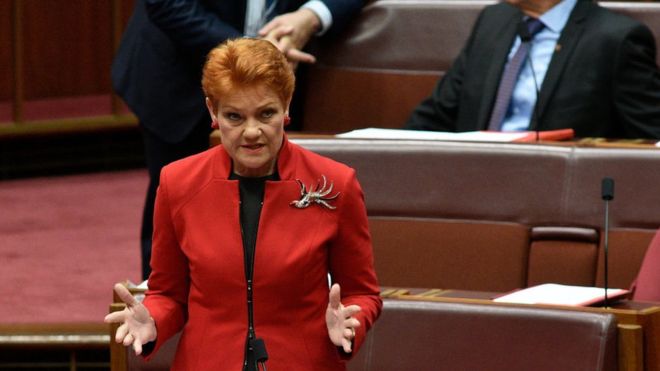 Pauline Hanson, the leader of Australia’s far-right One Nation party, wanted backing for her motion which stated “it is OK to be white”.

It also spoke of the “deplorable rise of anti-white racism and attacks on Western civilisation”.

A number of ruling party politicians backed the motion, among the 23 people who voted in favour was Australia’s first parliamentarian of black African descent, Kenyan-born Lucy Gichuhi of the governing coalition.

Speaking ahead of the vote, Ms Hanson said “people have a right to be proud of their cultural background, whether they are black, white or brindle”.

“If we cannot agree on this, I think it’s safe to say anti-white racism is well and truly rife in our society,” she added.

One of those who opposed the bill, Justice Party Senator Derryn Hinch, called it a “headline-grabbing stunt”.