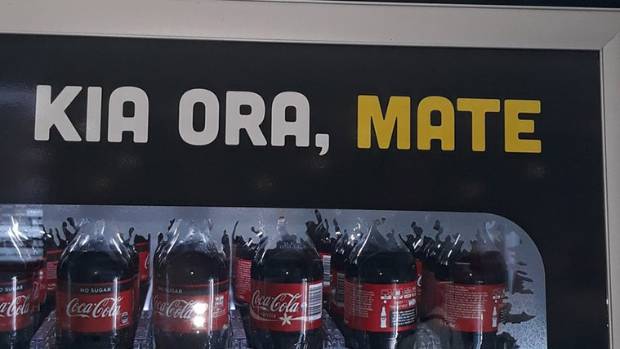 What Coca-Cola might have thought was a harmless Kiwi greeting “Kia ora, mate,” is actually the te reo Maori word for death or dead.

Communications expert Cas Carter said it showed the multinational company had not bothered to take the time to do its research, or to seek local guidance.

“There is a growing trend among international companies to try and reflect local culture in their marketing.   Done well it is awesome – done poorly – it is a major risk,” she said.

“The blunder is even greater because ‘mate’ is such a well-known Maori word because it is in our most well-known haka – which has been seen all over the world.”