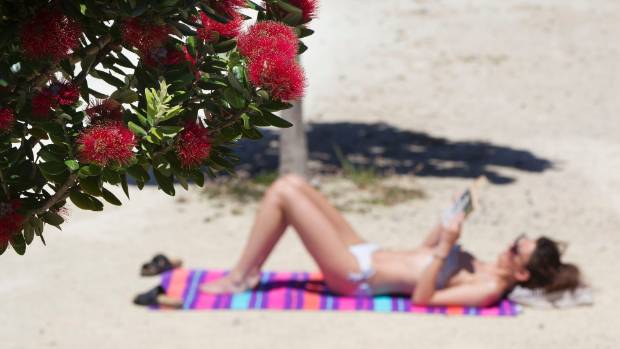 Despite having the highest rate of melanoma skin cancer in the world, Kiwis are not using the slip, slop, slap message when it comes to sun protection.

New research out of the University of Otago has revealed an alarming proportion of people are neither wearing hats nor seeking shade to protect themselves from the sun.

It found that only 4.3 per cent of people wore sun protective hats and just over 10 per cent sought out shade during times when sun protection was warranted.

“We’re alarmed by the incredibly low rate of hat wearing and use of shade … we really don’t seem to be taking this seriously,” Signal said.

The study showed areas popular with children in summer need more shade as well. In comparison to adults hat-wearing was much lower among children at only 1.3 percent.

“These other recreation spaces, they are a site where sunburn is quite common over the summer months, so they are a good setting to focus on,” he said.

Mr Gage says the melanoma level is too high and New Zealand doesn’t have a strong sun safety programme.

Each year, close to 90,000 skin cancers are diagnosed in New Zealand with an average of 500 deaths, most of which are caused by overexposure to the sun.