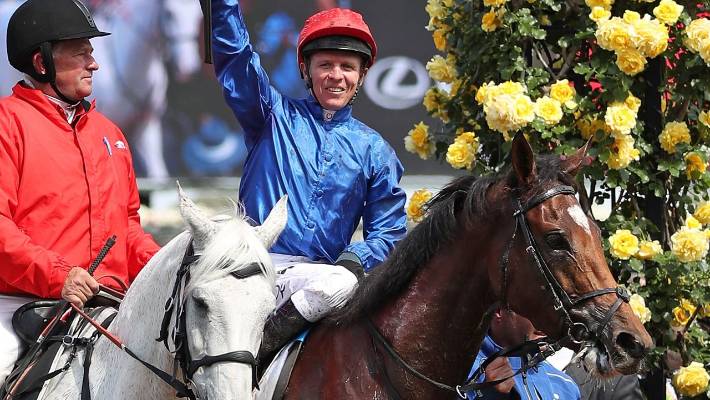 There are always a few different headlines that arise after the Melbourne cup, it’s a busy day in the press.

The fashion: Unfortunately for the race goers, it was chucking it down with rain at Australia’s Spring Racing Carnival so it was the women wearing sleeves and boots who had the last laugh on a soaking Melbourne Cup Day.

The tragedies: As per usual, a few drinks were had at the cup, several women were attended to by paramedics, one gentleman, after asking those around him whether he could borrow one of their shoes, responded to growing applause by doing several “shooeys” as two security guards watched on, eagle-eyed.

Lastly, the cup has taken another victim. The Cliffsofmoher became the sixth horse to die as a result of the race since 2013.

Oh yeah and by the way, Jockey Kerrin McEvoy won the Melbourne cup with his horse Cross Counter.

That’s the 2018 Melbourne cup wrapped up in a nutshell. Take that to the water cooler with you.