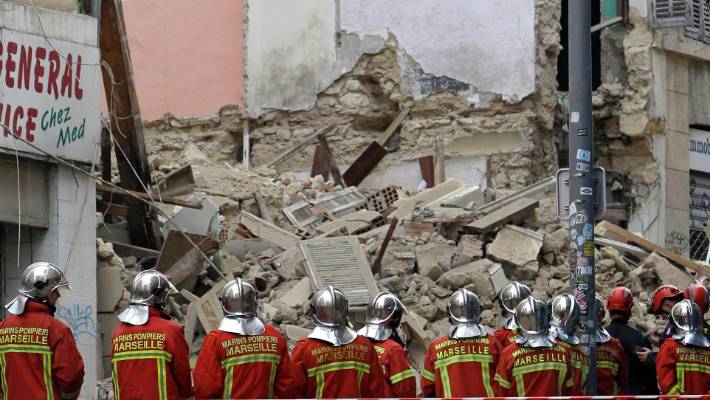 Firefighters in the southern French city of Marseille found the bodies of three people in the ruins of two collapsed buildings as the search for victims and survivors continued on Tuesday (Wednesday NZ Time).

Castaner said at the site that 120 police officers and 80 firefighters took part in the search-and-rescue operation, working through the night in the pile of beams and rubble.

The two buildings, one apparently vacant and the other housing apartments, collapsed on Monday at 9am local time (9pm NZT). Authorities said the vacant building had been deemed substandard. It was not immediately clear why they collapsed, or how many people the apartment building housed.