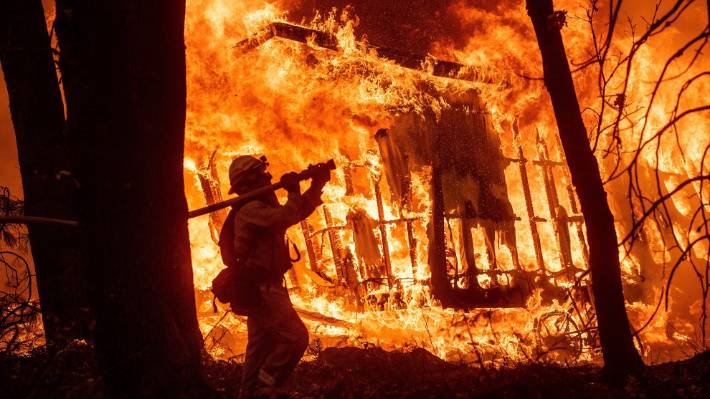 The death toll from the wildfire that incinerated Paradise and surrounding areas have climbed to 29 – matching the mark for the deadliest single blaze in California history – statewide the number of deaths stand at 31, including two victims in Southern California, from wildfires raging at both ends of the state.

More than 8000 firefighters battled wildfires that scorched at least 1040 square kilometers of the state, with the flames feeding on dry brush and driven by winds that had a blowtorch effect.

Miley Cyrus, Neil Young and Gerard Butler are the latest celebrities to report losing their homes to deadly wildfires. Yesterday, actor Gerard Butler posted images of himself returning to his Malibu home – or what was left of it – after having evacuated.

.@GerardButler on Sunday said he returned to his Malibu home and it appears it was destroyed in the Woolsey Fire — he tweeted: "Heartbreaking time across California" https://t.co/2eKg7E7Psl pic.twitter.com/dZyJR6GH6u

California is requesting emergency aid from the Trump administration. US President Donald Trump has blamed what he called poor forest management for the fires.

The governor said that the federal and state governments must do more forest management but that climate change is the greater source of the problem.