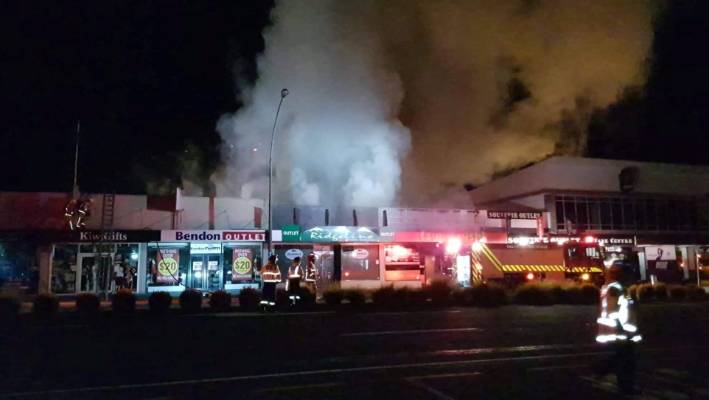 There has been local speculation around who was responsible, police said in a statement.

“We can confirm that the two people arrested in relation to the fire are not the owners of the business.

“There are safety concerns regarding the structural safety of the building and Police request that people stay well away.”

A block of shops opposite the riverside domain went up in flames at 1.15am Friday morning.

The fire stretched about 30 by 10 metres and was “well alight”, he said.

A total of 10 crews from Taupō, Rotorua, Kinloch and Tokoroa were called with around 50 firefighters on site at the peak.

By 6am the fire was out and under control.

A scene examination is ongoing and is expected to continue on Saturday.

What comedians DON’T like about the Central North Island