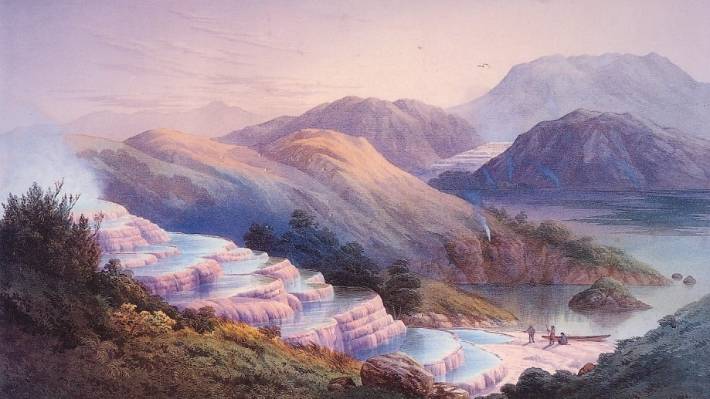 A 19th century diary and hand-drawn maps have led Niwa scientists to confirm the location of New Zealand’s lost natural wonder – the Pink and White Terraces.

“Our research agrees with previous findings by Professor Ron Keam and GNS Science that the former sites of the terraces are under the modern Lake Rotomahana,” Dr Andrew Lorrey said.

The fabled Pink and White Terraces, also known as Te Otukapuarangi, were once dubbed the eighth wonder of the world and were a thriving tourist destination, attracting people from overseas.

In August, GNS Science researchers claimed the white terraces were largely destroyed, while remnants of the pink terraces may lie at the bottom of the lake.

The new Niwa results have been published today in scientific journal Frontiers of Earth Science.