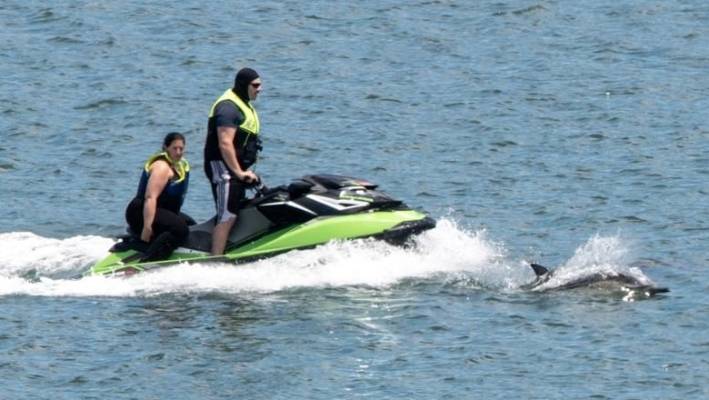 The presence of a dolphin pod in the waters around Shelly Bay and Evans Bay on Saturday prompted onlookers, which in turn prompted criticism of those onlookers on a Wellington whale and dolphin watching Facebook page.

People posted on the page saying some dolphin-watchers were getting too close, and even chasing the dolphins around the harbour.

Dolphin spotter Mark Gee took a picture of two people aboard a jet ski that was close behind a dolphin and appeared to be going fast enough to create a wake.

“Rules say you can only travel at idle or no wake speed when within 300m of dolphins, and these guys were clearly not doing that.”

A Department of Conservation (DOC) spokeswoman said the complaints were not reported to the department’s hotline, but people needed to be respectful of dolphins.

If people saw inappropriate behaviour around dolphins or any other marine mammals, they could report it to DOC on 0800 362 468.