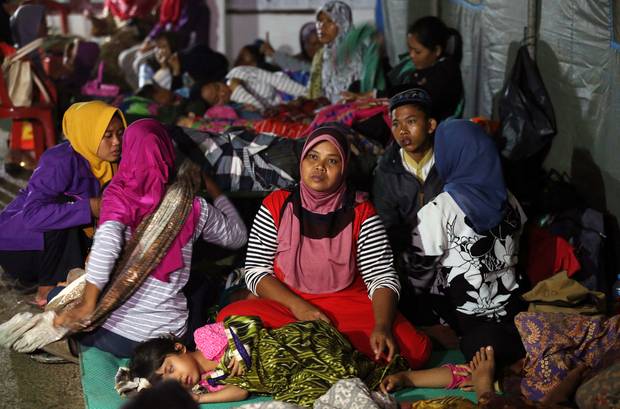 Disaster teams in Indonesia reported at least 222 deaths Sunday after a tsunami slammed ashore near an erupting volcano, sweeping over fishing ports and hundreds of people at a holiday beach concert without warning.

Authorities warned the death toll could rise as they widened searches and treated nearly 850 people injured by the three-foot surge of water from the Sunda Strait, off the western tip of Java island about 96km from Jakarta.

The strait is the shadow of the rumbling Anak Krakatau volcano, which has been erupting since June. The event also did not create tremors that normally put coastal residents on watch for tsunamis. Officials also issued no formal tsunami warnings.

Indonesia’s Disaster Management Agency, which announced the death toll, said at least 28 people were reported missing, but also some areas had not been reached by rescuers.

More than 500 buildings were destroyed or heavily damaged as waves poured in from the Sunda Strait, which separates Indonesia’s two most populated islands, Java and Sumatra.