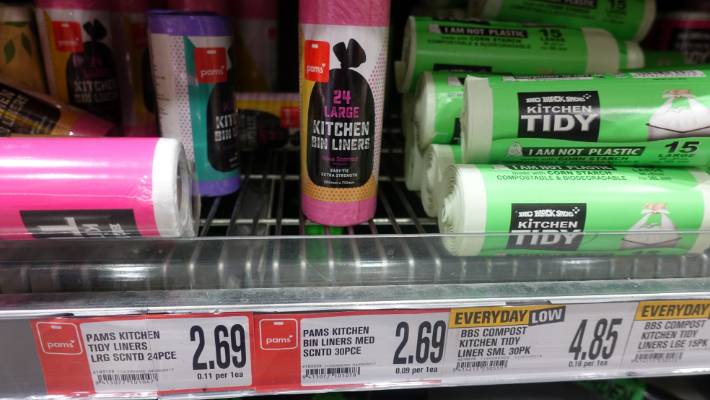 In an ironic twist, many families are finding they have swapped free plastic shopping bags, which had a double use as a shopping and rubbish bag, for bought plastic rubbish bin liners that only have one use.

Foodstuffs (Pak ‘n Save, New World, Four Square) would not comment when asked if bin liner sales were up.

Countdown says they are higher but won’t give details because that is commercially sensitive information.

Instead, average monthly bin liner sales increased by 31 per cent. It was thought some people had stockpiled free shopping bags and so bin liner sales were artificially low.

But encouragingly for the anti-plastics movement, two years later a review found that bin liner sales had fallen to pre-ban levels as people adapted to re-using bags.

Got to the full article at Stuff.co.nz to see ideas on alternatives to Plastic bin liners.