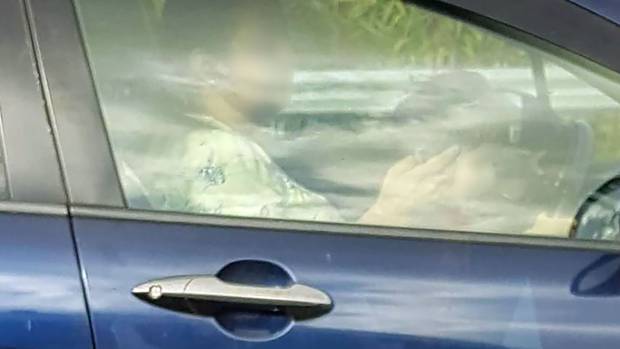 A motorist has shared their disbelief after witnessing what appeared to be a preschooler steering a on Auckland’s Southern Motorway in peak hour traffic.

The witness said she saw an adult female – head down and on a phone – with the child sat on her lap.

Photos supplied to the Herald appear to show the child with both hands on the steering wheel. 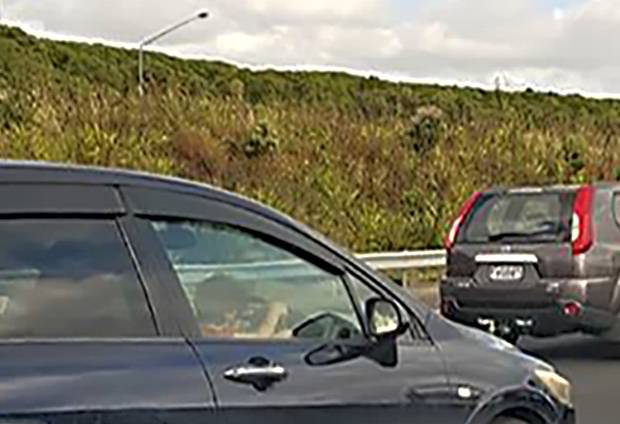 “He’s jumping around and she’s play-fighting and next thing he disappeared and I saw him jump into the driver’s seat.

“She moved into the left lane and I got alongside her and I saw her texting on the phone and the kid driving the car, she wasn’t even holding the steering wheel.”

Although also driving, they said they felt compelled to take photos to serve as a safety warning to other motorists and perhaps to protect the child.