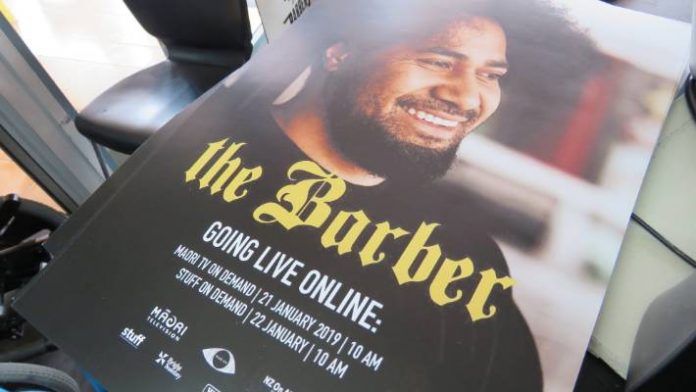 Oli-Alainu’uese’s barber shop in Hawke’s Bay is the subject of Māori Television’s new online docu-series, The Barber, which launches on Stuff on Tuesday.

The eight-part series follows the life of Oli-Alainu’uese; who lives in Flaxmere – one of the most deprived areas in Hastings –  and his main client base of Māori and Pasifika men.

Oli-Alainu’uese grew up in Flaxmere, and has been barbering since high school. A good friend of his, John Whiunui, who died in a car crash in 2005, taught him how to cut hair.

However, it wasn’t until his brother Someh committed suicide that Oli-Alainu’uese said he got a “wake up call to take it serious”. He opened his first barber shop to honour both men.

“Hopefully my brother Someh would be proud. I’m just gutted I wasn’t able to help him in his time of need … Having the barber shop is hopefully an environment where men can open up and not try and take it on their own shoulders too much, [and] ask for help.”

The Barber launches on Stuff on Tuesday, January 22.