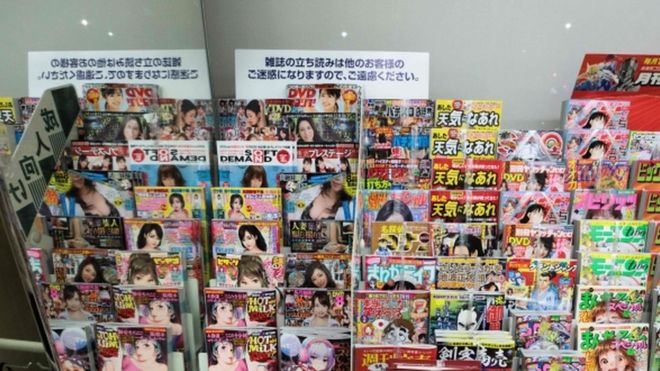 Two of Japan’s biggest convenience store chains have said they will stop selling pornographic magazines ahead of the 2019 Rugby World Cup, and the Olympic Games in Tokyo next year.

7-Eleven, which runs more than 20,000 shops in Japan, said it wanted “to create a proper shopping environment for all our customers”.

Its rival, Lawson Inc, with some 14,000 stores, made a similar announcement.

7-Eleven said pornography accounted for less than 1% of its sales, adding that other merchandise could be sold in the vacant space.

The Rugby World Cup takes place in September, while the Tokyo Olympics will start in July 2020.

Large numbers of tourists are set to visit Japan for both sporting events.

PM confirms Level 3, whilst Auckland in Level 4 for another 2 weeks