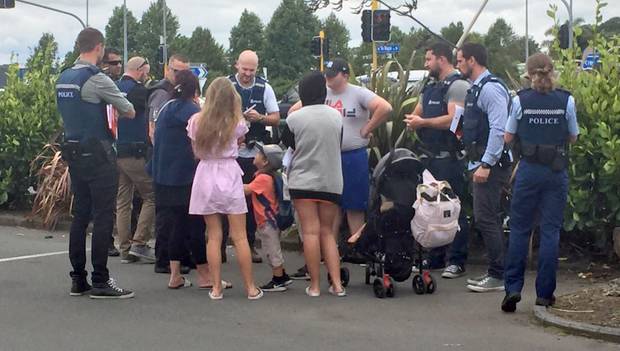 The group of unruly British tourists who have created headlines around the world appear to be making plans to leave New Zealand with the first of the group boarding a flight to Hong Kong yesterday.

The Herald understands four of the group boarded a flight to Hong Kong which left Auckland Airport at 3pm yesterday.

The rest of the group, including the man who called himself John Johnson, were spotted again in central Auckland later yesterday afternoon.

Their Honda Odyssey had been parked in a loading zone on Shortland St for hours and was ticketed for overstaying the five minute time-limit.

Members of the group arrived in New Zealand on December 29 and have remained in the headlines ever since the video of them leaving rubbish on the beach emerged.

There have been several accounts of members refusing to pay for food or services, hectoring hospitality staff and claiming their food had been contaminated by ants or hair.

Last Wednesday, a 26-year-old female member of the group pleaded guilty in the Hamilton District Court to stealing energy drinks, a rope and sunglasses from an Auckland service station on two separate occasions.

The court heard Tina Maria Cash stole a can of Red Bull from a Caltex service station at Albany on December 31.

On January 3, Cash allegedly returned to the Caltex service station with her children and stole more Red Bull, rope and sunglasses valued at $50.

Last Tuesday the family was trespassed from Burger King Te Rapa after the family walked through the drive-through. Police and Immigration staff spoke to them outside the restaurant and issued a number of them with deportation liability notices.

Over the weekend they were accused of leaving a Kiwi motel “stinking of kid’s poo”.