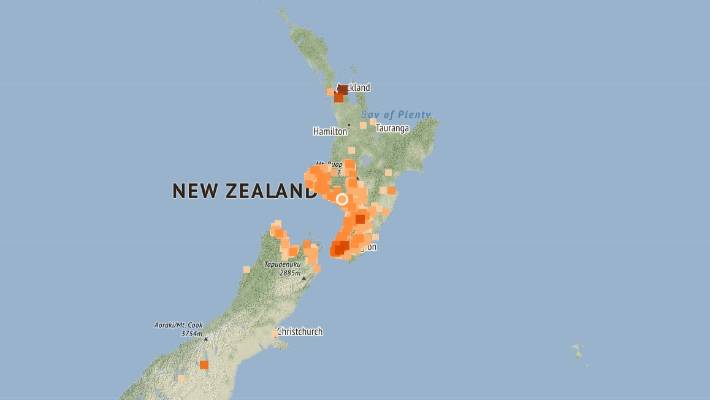 A North Island earthquake has been felt by thousands, but there was uncertainty around where it was based.

The shake most thought they felt supposedly hit near Ruatoria at 8.08pm on Wednesday. More than 5000 people jumped on GeoNet’s website within 10 minutes to report feeling it. The majority of those – just over 3000 people – registered the quake as “light” however, GeoNet said on Twitter it was “quite a shake”.

But then the situation changed – the magnitude 6 Ruatoria quake was no longer near Ruatoria. It was instead an M5.0 quake, some 670km north-east of Whakatane – and in the ocean.

UPDATE: M4.7 quake 5 km north of Whanganui. Depth 96 km. This quake came in at the same time as a M5.0 from offshore which confused our system into thinking a quake happened at Ruatoria. We've had nearly 6,000 felt reports for this quake. Details here: https://t.co/yVxvjw7N1i

It looks like Nigella Lawson got a special treat for her visit to Wellington.

Felt it pretty strongly here in the Michael Fowler Centre, just as @Nigella_Lawson talks about what she’d have for her last supper!! #EQNZ https://t.co/MgFQWEqFUn

I felt the earth move #WellingtonEarthQuake